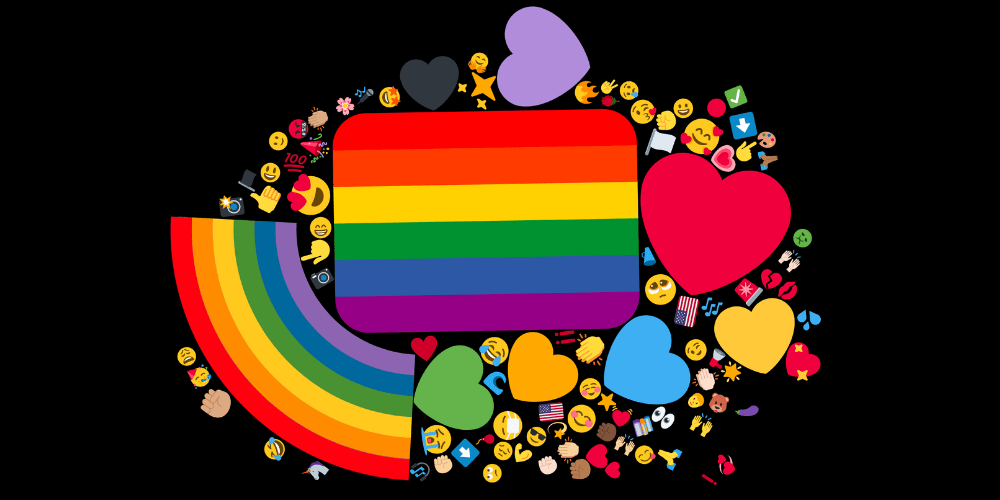 Pride emojis are on the rise.

June is LGBTQ+ Pride Month, but it's more than just events and marches. It's a celebration of freedom and an opportunity to raise awareness of the current issues faced by the LGBTQ+ community.

Emojis play a key part in this. They're widely used in online conversations by the LGBTQ+ community as symbols of empowerment and support.

Google Trends has shown a sharp rise in "Pride emoji" searches in June, so now is the perfect time to understand which emojis are associated with the topic and what they're being used for. 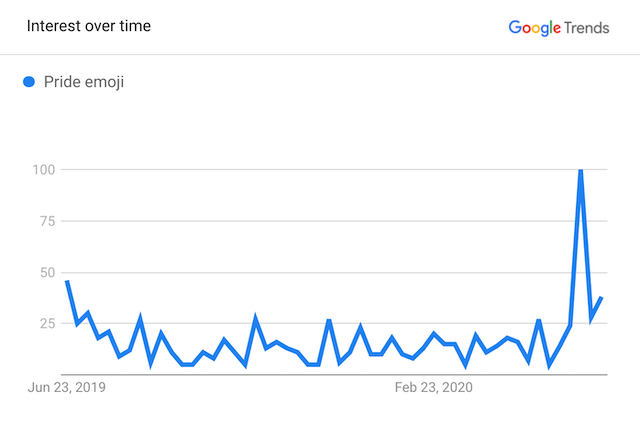 Figure 1: Online searches for the term "Pride emoji" in the US over the past 12 months.

To uncover these insights, we've analysed the use of these symbols online to better understand what emojis are most commonly used in conversations relating to Pride.

These tweets were collected between 9th-12th of June 2020 and 590 unique emojis were counted in the sample. These emojis were used 8,986 times in total across the full list of tweets. The top 15 are below. 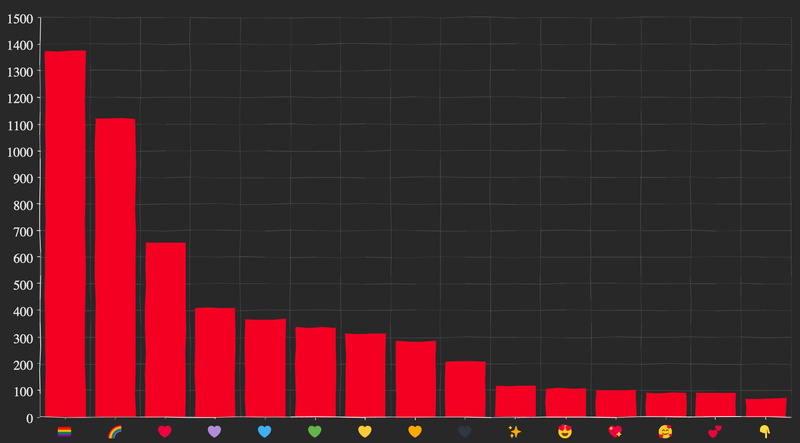 Across these emojis, we can see three clear themes: celebration, diversity and love.

The 🏳️‍🌈Rainbow Flag is the most popular emoji, as it was used 1,374 times in total. The 🏳️‍🌈Rainbow Flag is a ZWJ emoji sequence, combining the 🏳️White Flag emoji, the ️ Variation Selector-16, the ‍ Zero Width Joiner, and the 🌈Rainbow emoji. It's widely known as the 🏳️‍🌈 Pride Flag and was added to Emoji 4.0 in 2016, after the Unicode Emoji Subcommittee proposed its implementation using a sequence of existing Unicode characters. 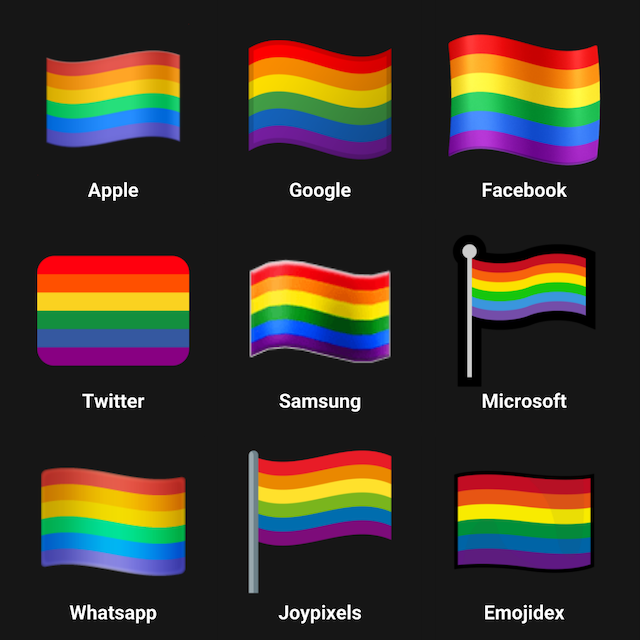 🏳️‍🌈Rainbow Flag
appears to be slightly different across various platforms.

The 🌈Rainbow emoji is the second most popular emoji and was used 1,121 times in total. 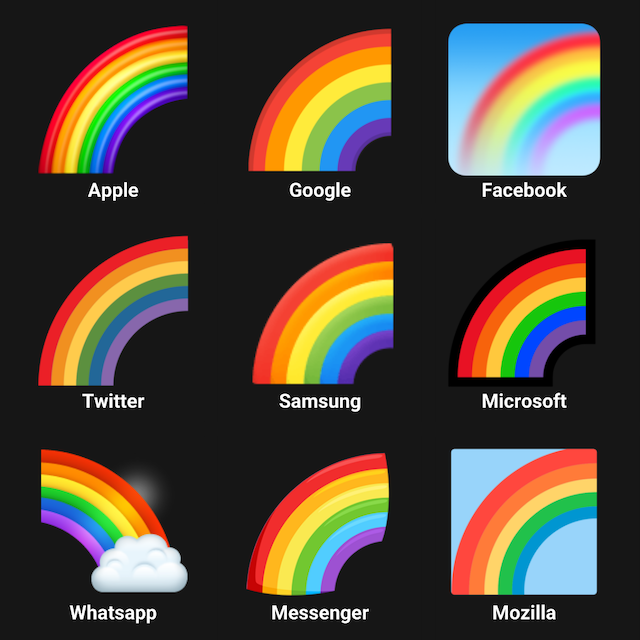 🌈Rainbow
also has slight differences across platforms, including variations in size, background and direction.

Although the ❤️Red Heart is one of the top three emojis on the platform, it appears in less than half as many tweets as the 🏳️‍🌈Rainbow Flag. The red heart kicks off a sequence of hearts and is followed by the 🧡Orange Heart, the 💛Yellow Heart, the 💚Green Heart, the 💙Blue Heart, and the 💜Purple Heart.

These hearts are often used together to create a heart rainbow, with the most popular combination appearing in 197 tweets.

The 🖤Black Heart can also be used alone to show solidarity with the Black Lives Matter movement.

The 👇Backhand Index Pointing Down emoji primarily appears in tweets with shared information, as the symbol is generally used to point to additional content, such as relevant text, a video, an image, or a link.

It's worth noting that there were only 8 🍑Peach and 10 🍆Eggplant emojis in the sample of 10,467 tweets. These emojis are well known for their sexual context and are banned on Facebook and Instagram when used in a suggestive or inappropriate manner. 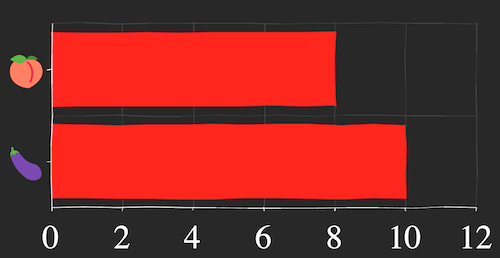 Figure 3: The appearance of 🍑Peach and 🍆Eggplant emojis in the sample.

This insight, along with the number of hearts used, demonstrates that Pride Month is all about freedom and love, not sex and fetish-related interests, despite what the opposition would like you to believe.

29 unique heart-based emojis were counted in the sample. These emojis were used 3,201 times in total, accounting for more than one-third of the emojis counted. Love is in the air! 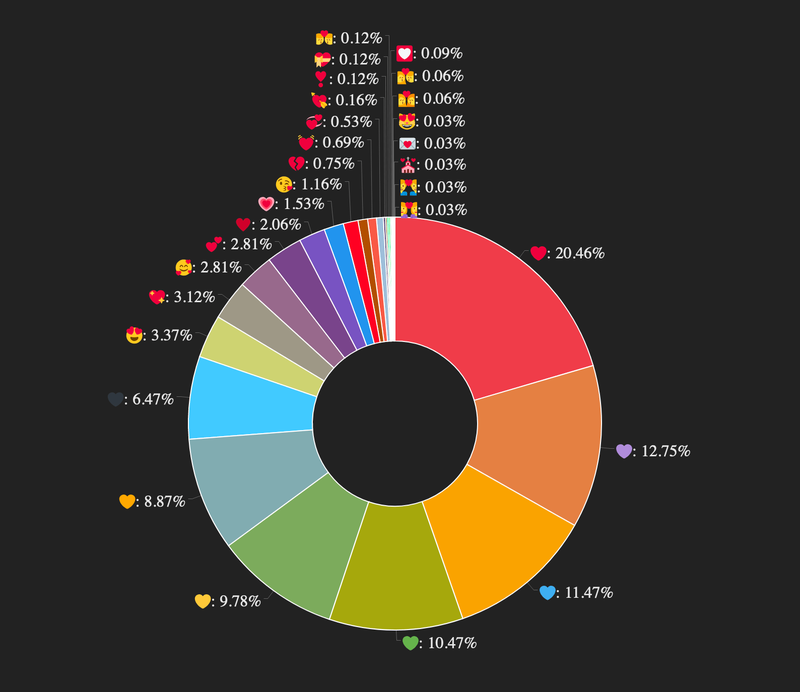 Figure 4: The relative share of emojis which include a heart.

Such a big share, as well as the diversity of the heart emojis used, clearly indicates the love and support shared by LGBTQ+ community members and their allies.

This Word Cloud speaks for itself. 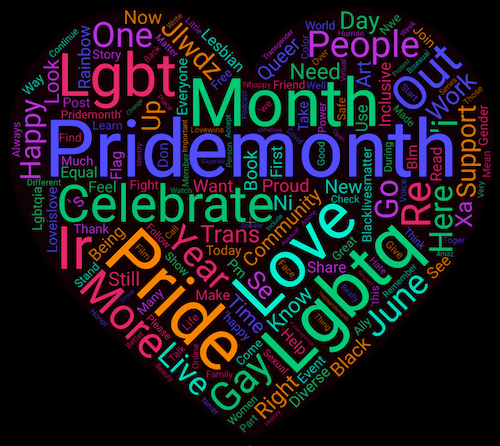 A Word Cloud made up of the sample tweets (after removing links and stop words). 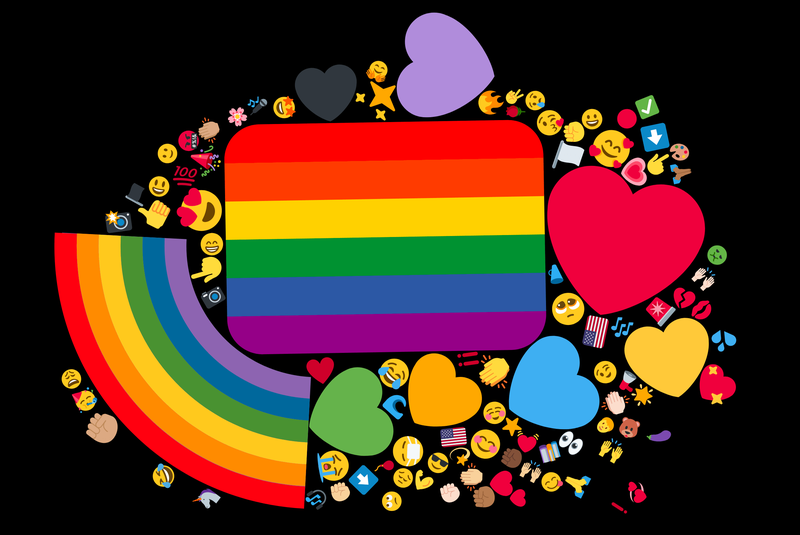 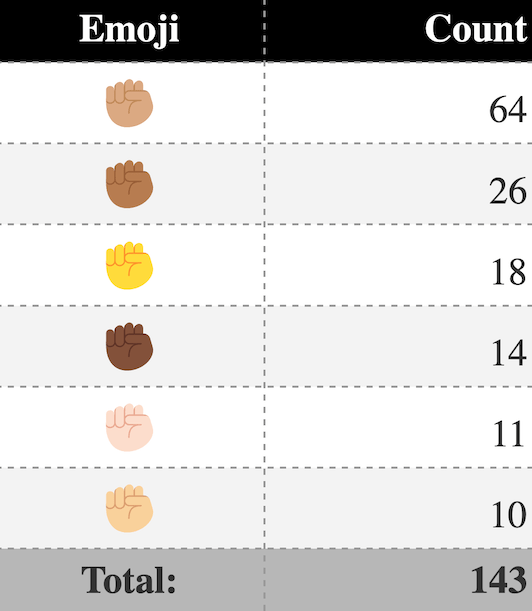 Table 1: The appearance of raised fist emojis in the sample.

Among the sample, raised fists accounted for less than 2% of the emojis counted.

But when we conducted a more in-depth analysis of the top hashtags used in June, we also discovered #BlackLivesMatter, #BLM, and #BlackTransLivesMatter among the Pride related hashtags.

However, these three hashtags had a total share of only 2.01% among the sample of 30,522 hashtags, as #PrideMonth took the majority at 20%.

From the team at Emojigraph ❤️