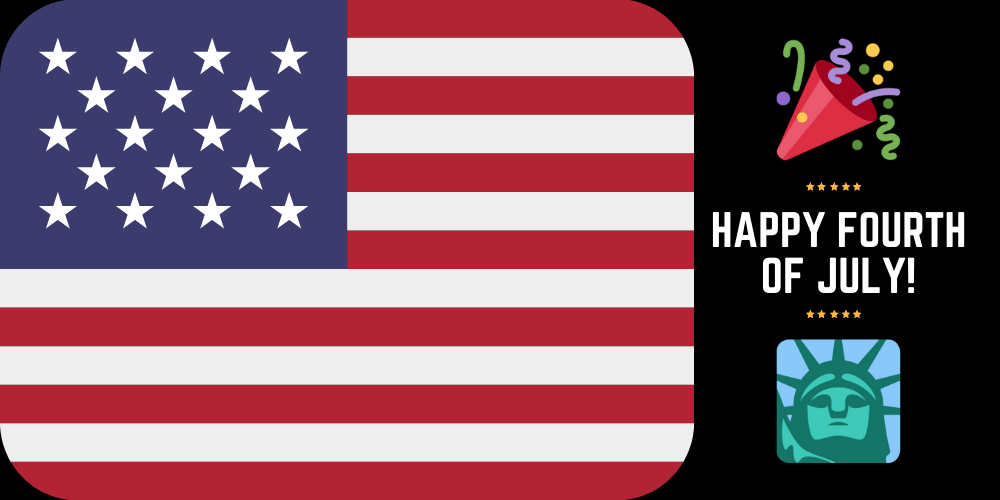 🔝🇺🇸 Emojis of the last 4th of July

After extracting and counting emojis from these tweets, I got frequency per emoji, that best visualized as Emoji Cloud. 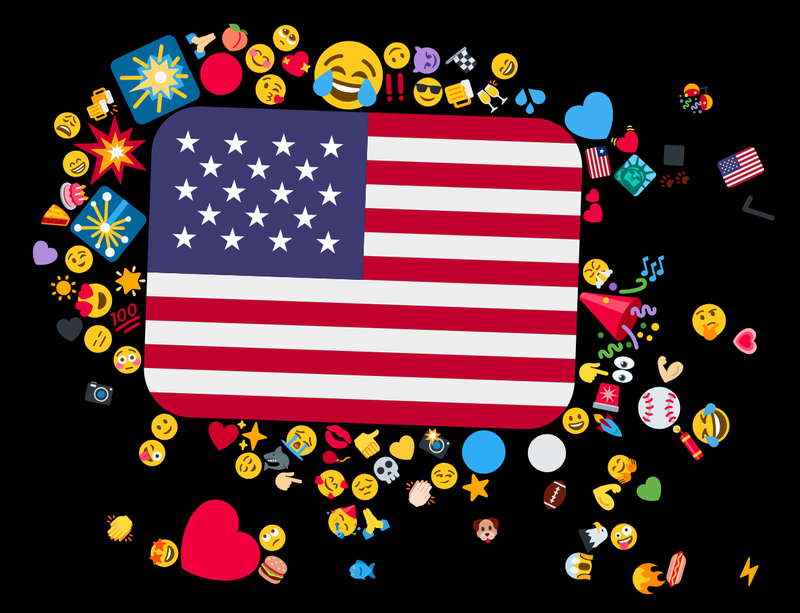 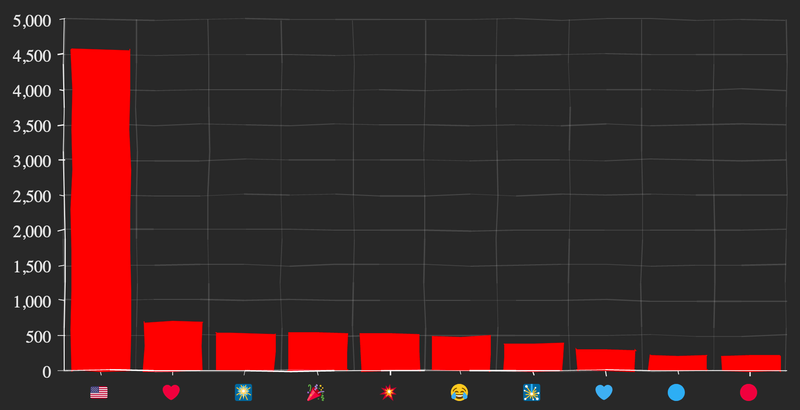 🇺🇸 Flag of the United States is the number one emoji with a total share of 32.46%. 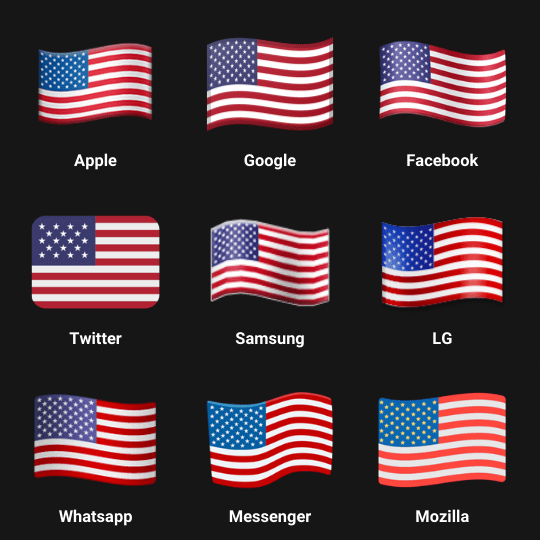 The second most popular emoji in the sample, the ❤️Red Heart emoji is often used not only in the direct meaning of love, but as representations of the U.S. flag colors with 💙Blue Heart, 🔵Blue Circle, 🔴Red Circle, ⚪White Circle, and 🤍White Heart emojis.

The 🎆Fireworks emoji, along with the 🎉Party Popper, 💥Collision, and 🎇Sparkler often used as symbols of celebration.

The 😂Face with Tears of Joy emoji is well-known as the most popular on the platform and could be found across almost any tweets sample.

A lot of emoji from the sample are regular in pop-culture symbols of the United States. 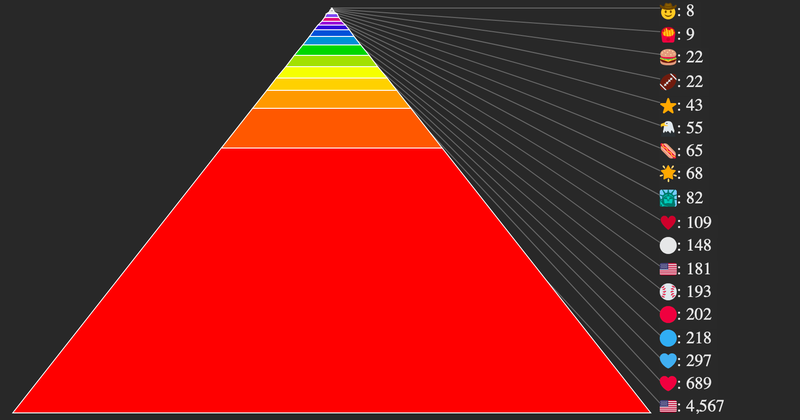 Figure 2: Emoji that symbolize the USA trough colors or objects.

And the ⚾Baseball, the 🗽Statue Of Liberty, the🦅Eagle, the 🏈American Football, the 🤠Cowboy Hat Face, and other emojis from Figure 2 represent the iconic symbols of the U.S. 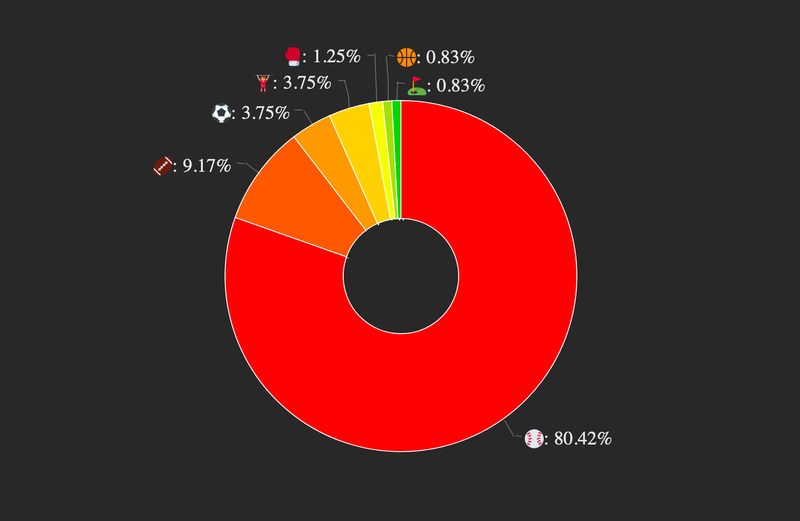 While ⚾Baseball is the top sports emoji used 193 times, this could be explained by the popularity of the Google interactive Doodle Baseball game released on 4th July last year.

The 🏈American Football emoji is the second sports emoji used only 22 times across the sample. 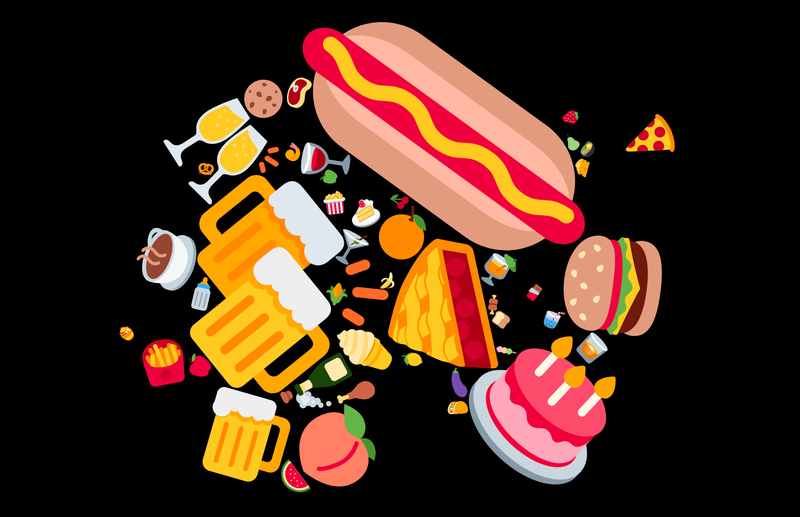 45 unique food emojis were counted in the sample. These emojis were used 395 times in total, accounting for 2.8% of the emojis counted.

The most popular food & drink emojis are the 🌭Hot Dog, the 🍻Clinking Beer Mugs, the 🎂Birthday Cake, the 🥧Pie, and the 🍔Hamburger.

And to better understand the semantics behind the tweets, I did an Independence Day tweets word cloud. 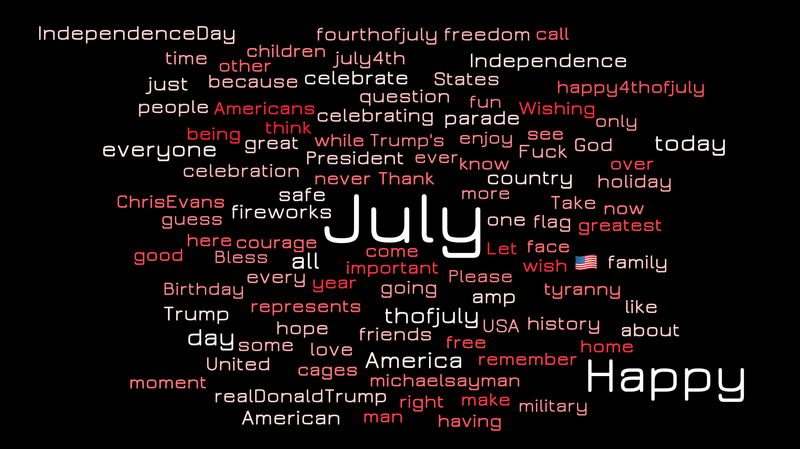 Next, I plan to conduct a similar analysis of the 4th of July emojis in 2020 and compare it to 2019. Check here for the update. 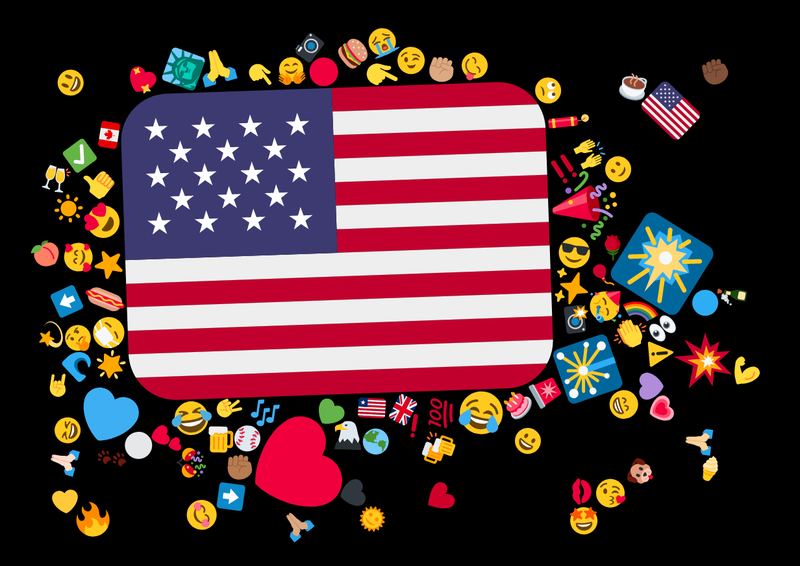 While the Emoji Cloud looks pretty similar to the 2019 version, and emojis like 🇺🇸Flag: United States, ❤️Red Heart, and 🎆Fireworks saved their position on top, there are emojis that had changed their rank significantly. 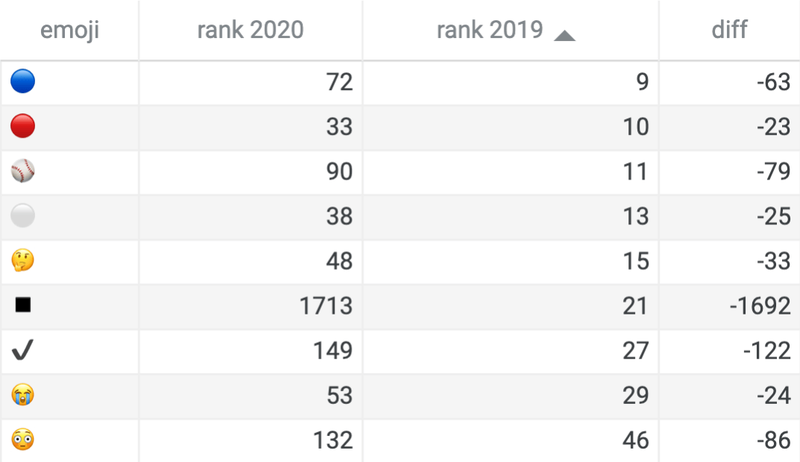 Figure 4: A table comparing the ranking of the emojis that were used less often in 2020.

The decrease in usage of ⚾Baseball emoji was expected, as in this year Google’s latest homepage Doodle is bringing the fireworks, and sparklers.

But the most notable rank change came to ◾Black Medium-Small Square emoji. 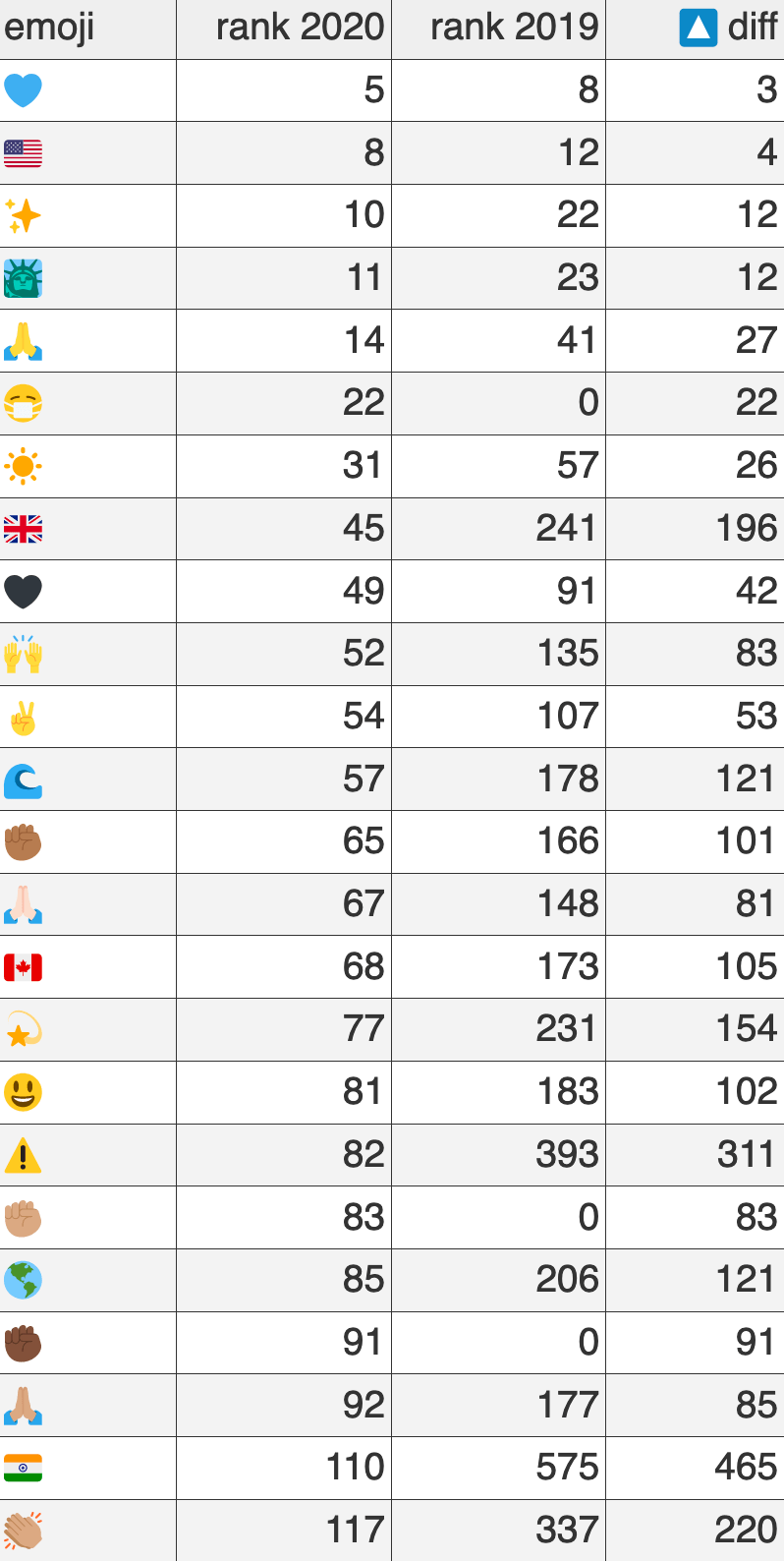 Figure 5: A table comparing the ranking of the emojis that were used more often in 2020.

The rise of ✨Sparkles could be connected to the Google Doodle.

To visualize top emojis relevant changes, I have separated flags, as the U.S. flag has a major share.

While the 🇺🇲 U.S. Outlying Islands flag emoji usage elevated, the misuse of the 🇱🇷 Liberia flag emoji decline in 2020. 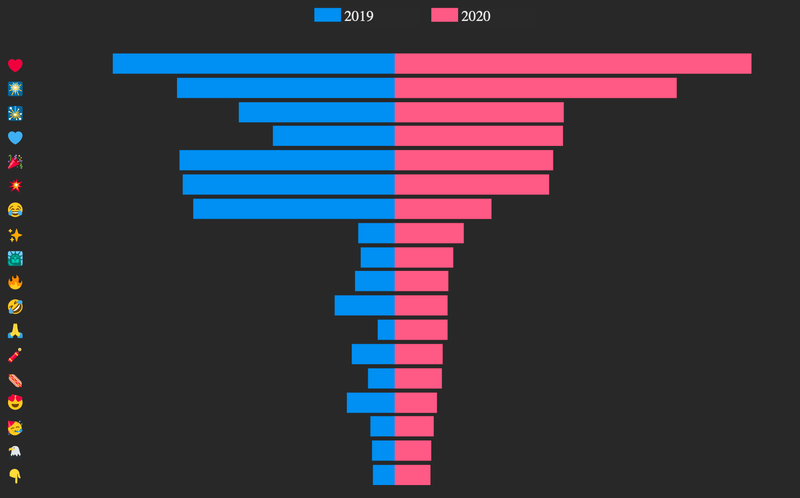